Land of Legends and the Siren

From the imposing peak of Mount Vesuvius to the stillness of the Blue Grotto, the glitz of Capri’s nightlife and the colorful cascades of Amalfi Coast towns into impossibly blue Mediterranean waters, the region of Campania is the epitome of La Dolce Vita. Carrying a historical importance and remnants of Greek, Roman, and Arab civilizations, it is a land of contrasts. The vibrant energy of Naples electrifies while the expansive ruins of Pompeii give pause to reflection. The coast invites images of gods and goddesses staking their claim on mortal soil among the plunging cliffs and scent lemon groves, and the islands of Naples Bay offer exclusive jetsetter experiences as well as deep tranquility in communion with nature. This region is known the world over for its legendary cuisine: pizza and calzones, spaghetti, buffalo mozzarella, sweet and flaky sfogliatelle pastries and rum-soaked babà. The unmatched hospitality of Campania’s spirit invites you to be enchanted by its mermaid coasts and endless horizons, sweetened only by a taste of homemade limoncello.

A photograph of the region through our guest’s eyes

“Come to visit us to see the deep blue of the sea, the red of our artisanal pottery, the green of nature, the yellow of our iconic lemons.” 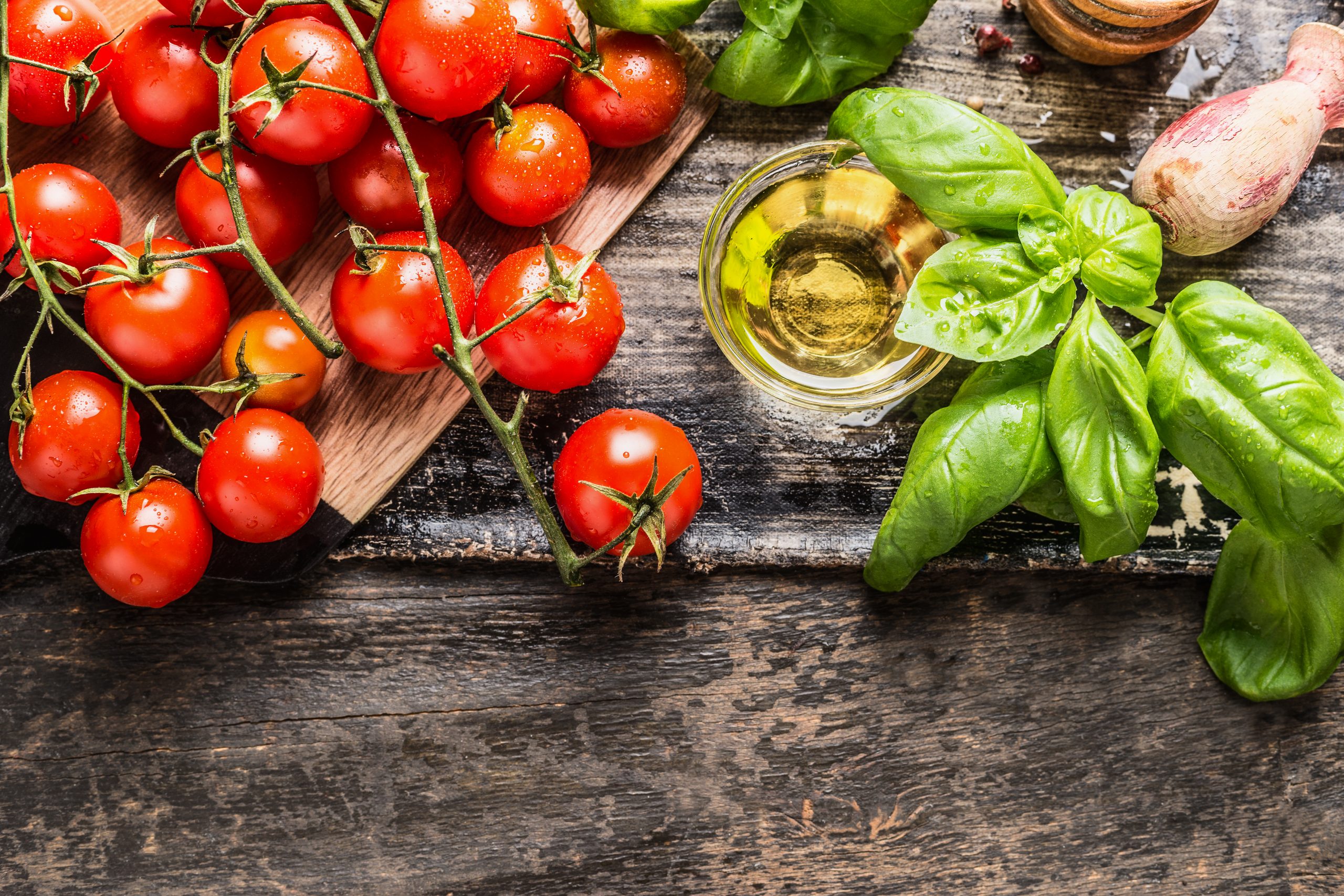 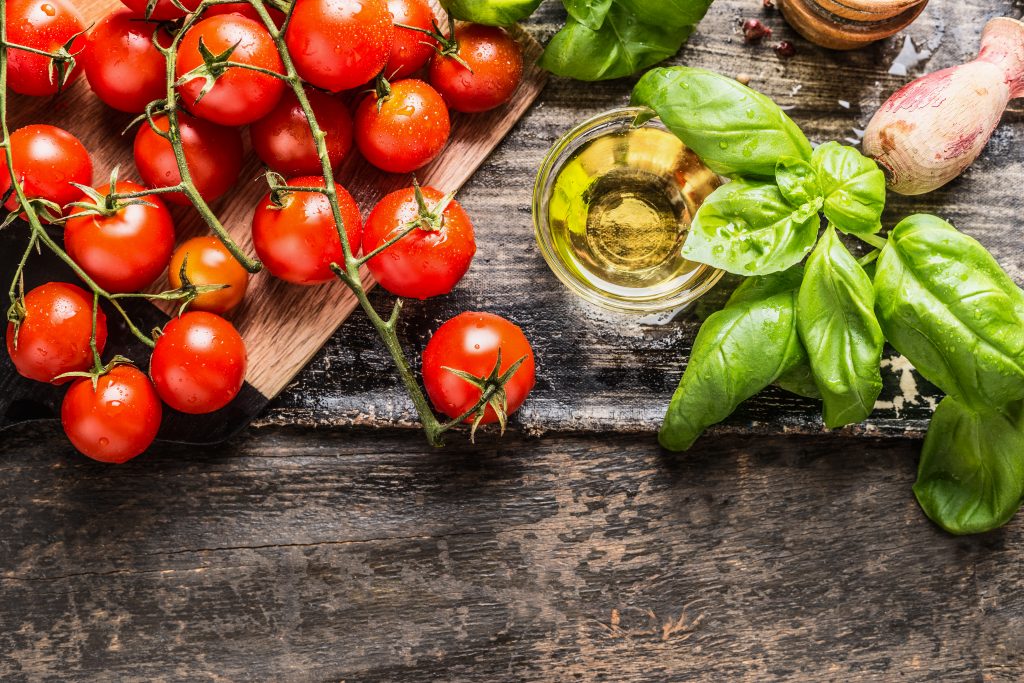 FROM OUR KITCHEN
indigenous cuisine

Gastronomic Story:
Everyone knows that Italians love food, and Italians are always right, right? So, it’s no surprise to learn that the best food in Italy comes from the Campania region. It doesn’t get much better than this: the region is the home of pizza, the land of buffalo mozzarella, the birthplace of limoncello, and the terrain of San Marzano cherry tomatoes.

The abundance of prime ingredients isn’t taken for granted by the locals. Don’t know the proper soil temperature to maximize the sweetness of your tomatoes? Ask a neighbor! Wondering how to store your mozzarella to get the most out of its use? Ask a neighbor! Can’t quite get the perfect angle of your fingers to knead pizza dough? Ask a neighbor and rest assured, you’ll never forget. From the city slicker to the mountain sheep herder to the soccer mom to the banker, everyone in Campania knows how to cook. This makes it impossible to choose “the best” restaurant, because they are truly a dime a dozen here. A bad plate of pasta? Almost impossible. Flavorless gelato? Never. A soggy pizza? Blasphemous!

In Campania, you’ll learn that food is a way of life, and the strict rules of food serve to make life all the sweeter. Fresh mozzarella must be eaten the day it’s made. The only thing needed to make a Neapolitan pizza is a wood-burning oven. Pasta with clams only works if the vongole are verace! The rules are many and are acquired over time, but all you need to begin to learn is a seat at the table and your appetite. We promise you’ll learn the rest as you go.

For more information about Your Private Italy click here. 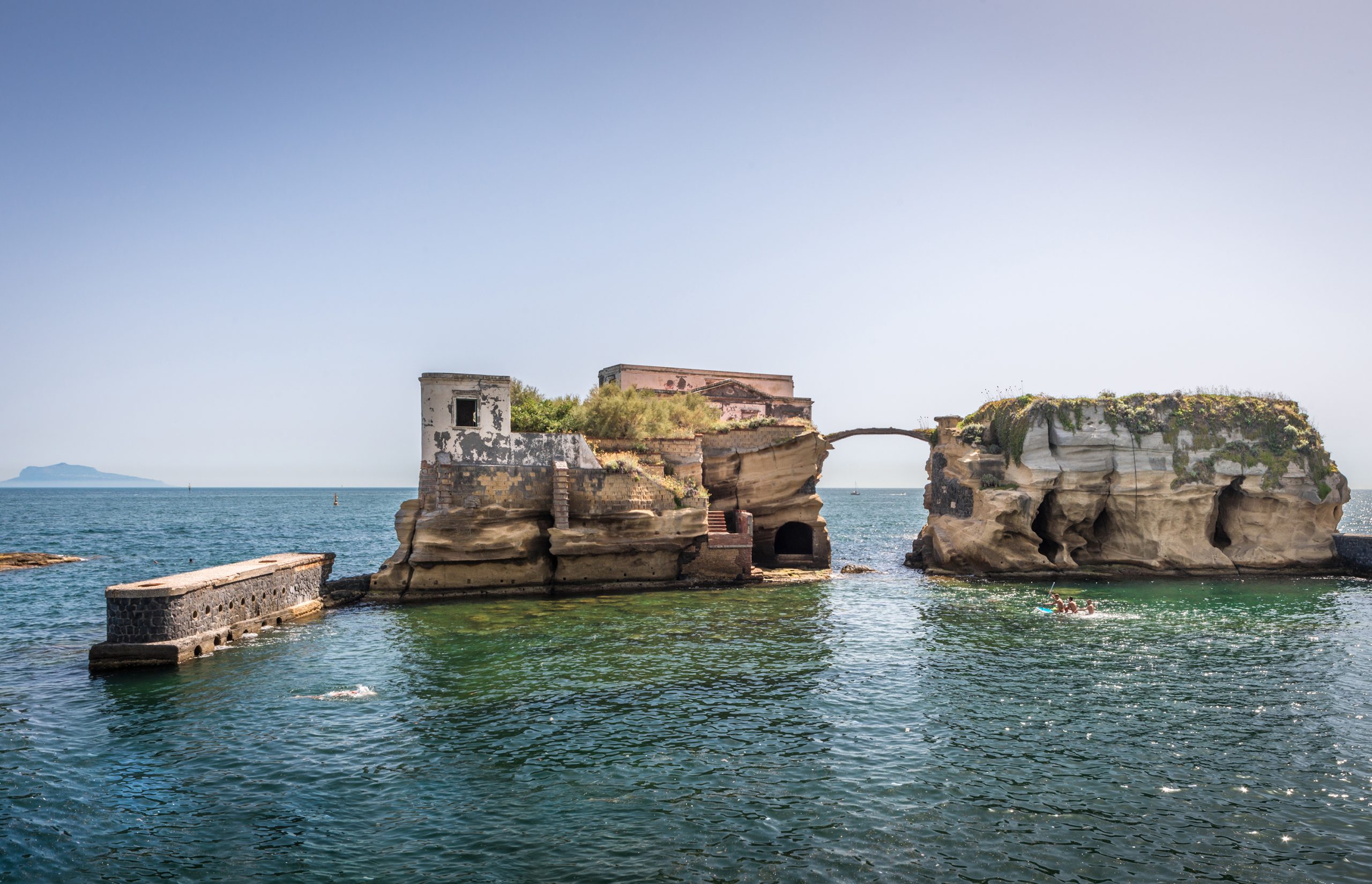 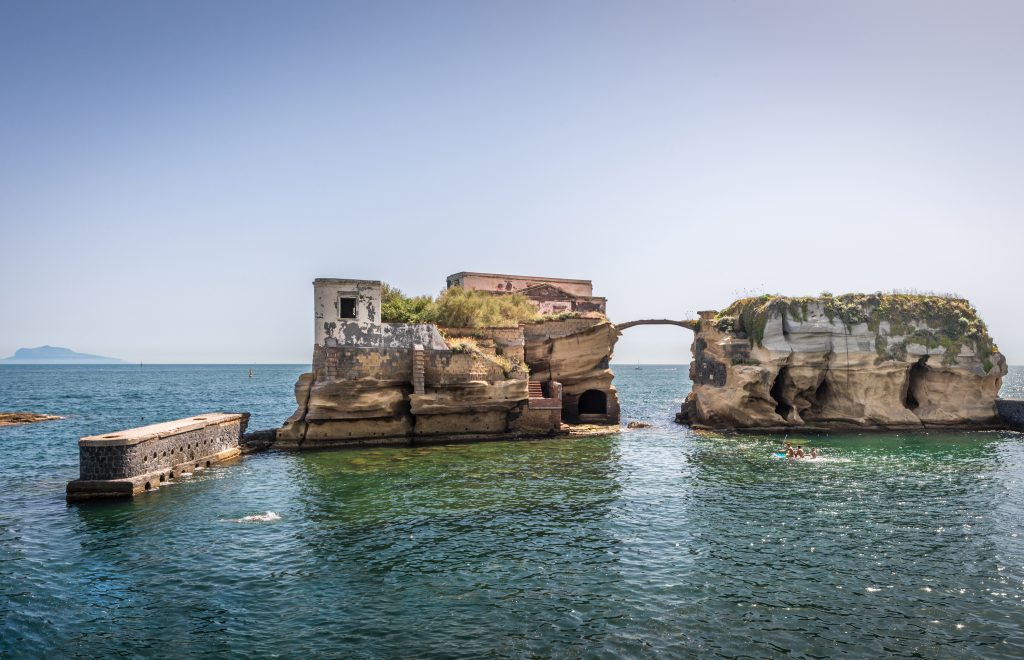 What makes it so special?
Situated between the picturesque fishing village of Marechiaro and the bay of Trentaremi, the Gaiola underwater nature reserve takes its name from the two islets that lie opposite the Neapolitan coast of Posillipo. The reserve is famous thanks to its winning combination of historical, archaeological, biological and volcanological features. The marine life, together with the seabed and the archaeological ruins, makes a visit to the reserve a unique and captivating experience.

When is the best time to visit?
The best time to enjoy the park is definitely in the summer. Since it is a marine reserve, it is not possible to arrive by (motor) boat. So paddle in by kayak, it’s particularly stunning at sunset – or at midnight under the glow of a full moon! 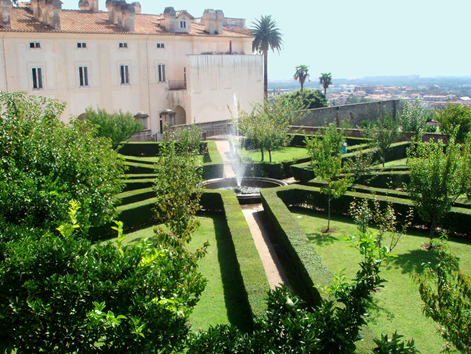 Tell us about the local hidden treasure.
The complex of San Leucio rises on Belvedere Hill,  from which King Ferdinando IV, House of Bourbon, could gaze at his beautiful lands near the Royal Palace of Caserta, a UNESCO World Heritage Site. During his rule in the mid-18th Century, King Ferdinando IV was considered a revolutionary man. Indeed, he dreamt of an equal society in his special village of San Leucio inside his royal palace. He involved all the citizens in the creation and art of silk in a democratic life, where men and women were considered peers and lived in a meritocracy.

In San Leucio, every inhabitant had a proper house with running water and toilets: an element considered to be an extraordinary feat at the time. This also contributed to the social and industrial importance of the colony. From the maintenance of silkworms to the very final touch of a garment’s construction, San Leucio’s artisans did and still do an incredible job using the original looms and twisting machines, which were renovated in 2006 and are powered by hydro energy.

Have these silks gained wide recognition?
In past centuries, many nobles were festooned with the brocades and damasks from this little town, and royal palaces around the world were decorated with carpets and upholstery of these looms. Additionally, the original flags of the United States and Great Britain were made of Silk from San Leucio – a great honor for our artisans! Nowadays, these luxury fabrics can be spotted at White House and in the Vatican, to mention a few notable locations.

How can visitors best experience the village?
Visitors can explore the monumental weaving complex, the Silk Museum, and the Belvedere Palace’s royal apartments and casino in San Leucio. If your timing is right, you may even bear witness to a historical parade featuring drummers, fanfare, and folk dancers bedecked with period costumes – and of course, silk! 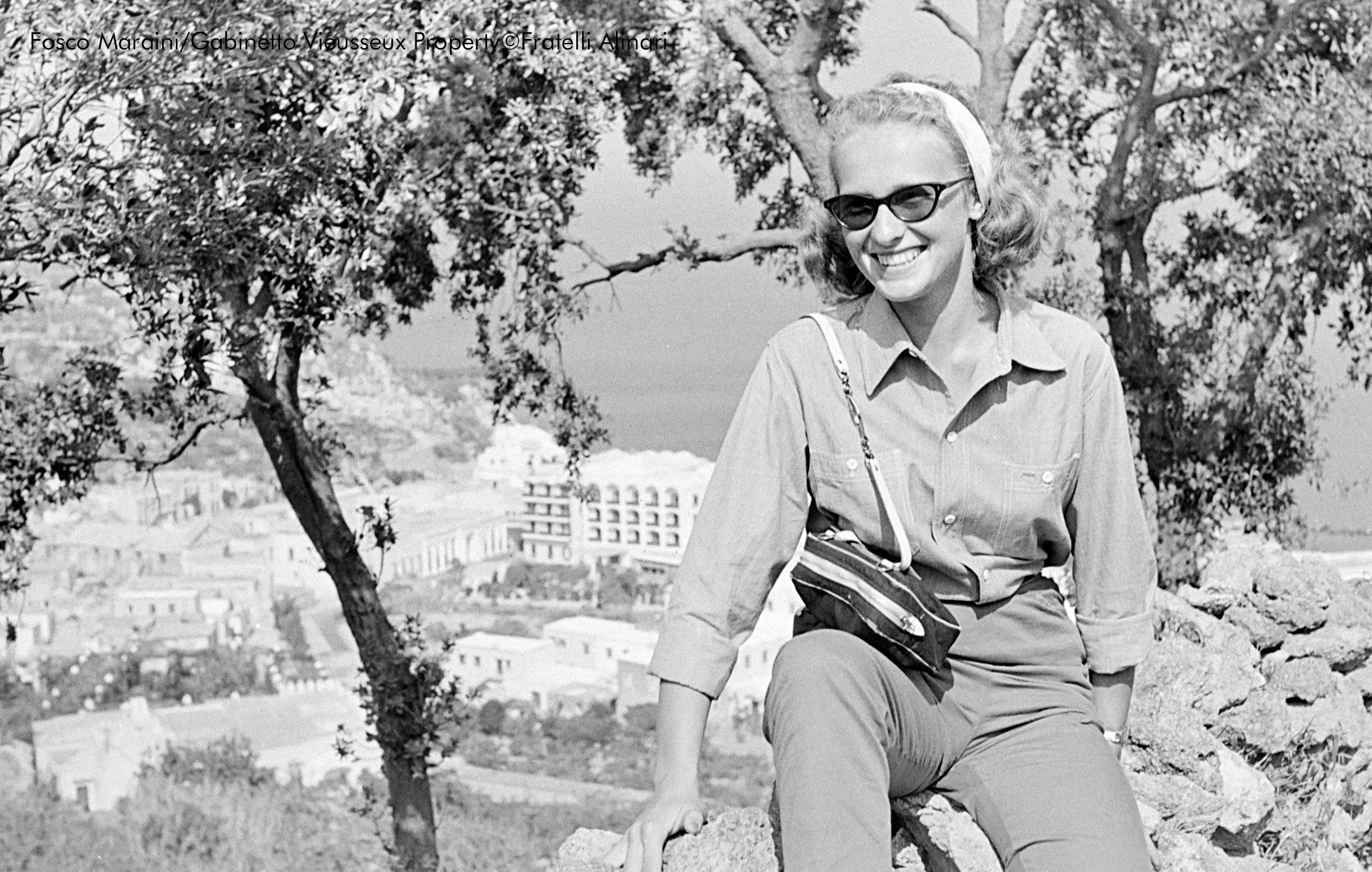 The Divine Coast: Kissed by the Gods

“The Amalfi Coast has integrity. We have a history of Romans, Arabs, Pirates – and it’s all real,
as hard as it is to believe sometimes.”

“Everywhere you go, you’ll find a view of the sea, and it’s soothing to your soul.”